The GeneTip project results have now been set out in full in a book published by the Springer Publishing Company (open access).

The GeneTip research project was a joint enterprise carried out between 2017 and 2019 by the Universities of Bremen and Vechta, the University of Natural Resources and Life Sciences, Vienna and Testbiotech, Munich. The researchers focused on risks associated with the release and spread of organisms inheriting self-propagating artificial genetic elements, such as ‘gene drives’. The methodology centered on the technical characterisation of the technologies, focusing on risk- and exposure potential, including vulnerability analyses of potentially affected systems and diverse population dynamics modelling. More detailed in-depth research was carried out for two case studies, i.e. oilseed rape and olive flies. Based on the outcome of this research, proposals were presented for the integration of the precautionary principle into risk assessment, risk management and regulation of genetically engineered organisms.

The project was funded by the German Federal Ministry of Education and Research (BMBF) and coordinated by the University of Bremen (project code 01LC1724).

Gene drives are designed to rapidly spread genetically engineered organisms throughout natural populations. In populations with sexual reproduction, genetic characteristics are normally distributed with a 50% probability to offspring. The gene drive mechanism, however, interferes with the process of natural inheritance, aiming to pass on almost 100% of the new genetic information to following generations. There are currently ongoing debates about whether to use gene drives to combat insects such as mosquitoes (vector-borne diseases) and fruit flies (agricultural pests), or rodents such as mice and rats (invasive species). The aim is to suppress or eradicate the target species within a region, or to replace it with genetically engineered populations.

Until now, the intent has mostly been to prevent as far as possible the spread of genetically engineered organisms. However, gene drive organisms are actually designed to persist and propagate in the environment within natural populations, potentially over unlimited periods of time. This goes along with unprecedented risks: the extreme expansion of spatio and temporal exposure increases the risks of unpredictable interactions with various systems. In addition, it has to be expected that unintended characteristics can emerge in following generations. The high degree of non-knowledge generated by the technology itself in regard to possible consequences (ranging from scientific uncertainty and the undetermined conditions in complex systems to complete cluelessness), means that the precautionary principle has to be applied.

The development of gene drive technology is still in its infancy. As yet, no products are on the market. Therefore, the debate is much more about science and technology assessment than product approval. At this early stage, the recommended focus is to deal with the details already known such as the characterisation of the technology. It is becoming evident that, besides the questions of the reliability and robustness of the technology itself, the biological characteristics of the organisms are particularly relevant, especially in regard to their persistence and invasiveness as well as their dynamics in target populations and potential gene flow to other species.

The GeneTip project results show that reasoned scientific concerns can be identified at an early stage of the technical developments and measures should be taken in accordance with the precautionary principle. 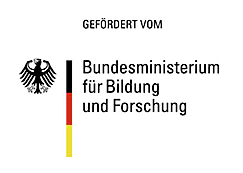